Pokemon Type Wild is a fanmade Pokemon-based fighting game. For up to 2 players on a keyboard or joystick. With 8 different Pokemon from the show and movies. There are also 3 assists for each character. Current characters are:
Blaziken - From Desiny Deoxys, I forgot the trainer's name, but blaziken assists are also pokemon used by trainers in that movie
Combusken - May's from one point in the anime.
Snorlax - Ash's
Gengar - From Mystery Dungeon, as his team members are part of his MD team. And he has a explorer badge.
Gardevoir - Not too sure where this is from actually...
Lucario - Lord Erin's. From the Mystery of Mew movie.
Breloom - Not too sure about this one either...
Swalot - I dunno this one either...

The game also has various courses from various pokemon games, movies and points in the anime. Such as Hey you Pikachu and Pokemon Collesuem (i love the music here lol)

I came across this last night. This game is so addicting, I find it very similar to blazblue, in both graphics and battle-wise. Music's good too. For something fanmade, I think the graphics are beautilful and smooth. I like playing as Gardevoir, Breloom and Lucario. It takes a bit of getting used to. But It's a great fanmade game, and it's good to pass time too. Lol. 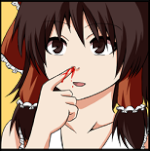 Nazrin wrote:Breloom is where it's at. Snorlax is a tool. Also, how can you tell it's Ash's Snorlax?

this is pretty cool