cool I underestimated him but he has a place in my party now. So I'm wizzing through this thanks to all of you, and I'm at the part where you ride on the dragons. Before I go I gotta ask if there's any turning back(cuz the storys gettin dramatic) and if not, is there anything I might've overlooked(secret fights, etc.)/ wat level should I be before tackling the 5th seal?
_________________

You shouldn't have to do any special training for the Tower of Salvation. I will say there will be three fights. You have to win the first, the second you can win though you will probably lose but you can win that fight, the third fight is IMPOSSIBLE!!!!!

The HP of the three bosses (you'll see why the other two are tough) are...

Oi! I ain't a fag. I never start a fight w/out Genis, in fact he's the first character I used the first time I ever touched a Tales game. Even when I split the team He leads his own group. The only reason why Lloyd is my control character is 'cause Genis rapes shit even as a com, and I can't trust Lloyd's AI to hack shit up on his own.
_________________

I agree Genis doesn't need controlled to be amazing!

My normal boss team is...

I use Sheena in place of kratos/Zelos when I'm not fighting bosses.

When I split the groups I uses Lloyd, Genis, and Kratos. Letting Raine, Colette, and Sheena go their way.

I know you won't have to worry about this for a good while but when you do have to fight Iselia Ranch, pick your best guys to go with Lloyd!! You will only use his group
_________________
Currently playing: Tales of Xillia

GODAMN! I mean wow! I really have to thank you guys for not droppin spoilers. The story alone almost makes this game worth it and I'm not even done with the 1st disc. So I eventually go back to Sylvarant right? 'cause I left w/out getting the summons besides Undine. Oh and I just had my first encounter w/ Zelos and even though I usually hate guys like that, I thought he was funny so when I have to choose later on will it be obvious how to get the one I want?
_________________

Yes you do go back to Sylvarant, it would have been very hard to take on Sylph and Efreet now; trust me Sylph is a pain and Efreet can be hard. When you gotta fight Luna and Aska they aren't too bad acualy.

hi hi. I just got to mithos's castle beat the dragon and left w/out entering. this is the part where i ask for help on a list of all the little things you can do before beating the game.

Costumes- i got regals and zelos's and i did the beach and dinner party thing, where r the rest? also can u turn them on and off?

side bosses- i got maxwell and all the devils arms r there others?

miniquests- things like finding lost kids and saving the princess, r these worthwhile and how many do u think there r?

sweet items- r there any non obvious must haves?

Sword Dancer III is a strong miniboss, he's weaker than Abysion but he is still no pushover. Go to Dirks House and go to the forest he should be right there. If you beat him you get some of the best swords for Lloyd so it is well worth the battle. Also the Fake minubosses, though I never fought them and those three bosses once you find each of your trapped characters if you haven't fought them already.
_________________
Currently playing: Tales of Xillia

Flan wrote:I cant find sword guy...
Lol i messed up and gave all my money to luin in one shot, but now i can level grind kills before Abyssion.

Did you fight sword dancer 1 and 2?

1 is in the mountain pass where you fight sheena the first time. Go in the cave she came out of and hes in the back.

2 is in the forest in tethealla where you get the light sorcerer's ring. I just know hes near the exit, but not sure exactly where.

Well I might as well update my first run of ToS here for shits and giggles.

Favorite Character overall:
Regal, mainly because of the whole ass-kicking president thing, that and he's voiced by Crispin Freeman that's like near infinate win points in it's own in my book.

Various thoughts
Geez Luna and Aska were a pain, I had to rethink my strategy like 3 times (then again Aska seemed to only care about wanting to rape Raine for some reason, and for the most part Raine can be seen as my teams linchpin).

I know I'm probably the only person who noticed this when I first saw Forcystus today (I haven't played this game since September so I forgot what he looked like). The first thing I could think of was "hey is a male Okuu"

Yeah kinda sad isn't it that I'd think that.

Major complaint:
I like how that Sylvarant is supposed to be a world in decline so could you at least make it look more like one instead of just a normal world. I mean at least Tethe'alla had some technological improvements it used to show it's superiority in that department. 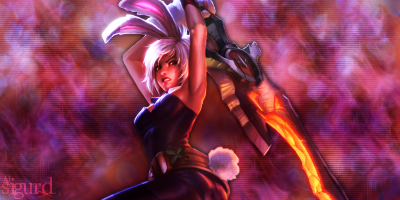 Fury! You've got it all wrong. When I was a little kid I thought your sister was hot.
But that was then. Now it's you.

a skype call wrote: Sigurd: and maybe courage is the magic that turns dreams into reality is actually catchphrase of the decade
Jungo Torii: but it IS

Similar topics
» Update 10 o.O
» Anybody play the facebook game?
» iOS6 Update Issues
» 10 Of The Weirdest Games You Will Ever Play
» FYI: New CB11 and Gui12 update