Yea. Its happening. And it has sexy ass limited edition box that I shall be acquiring. 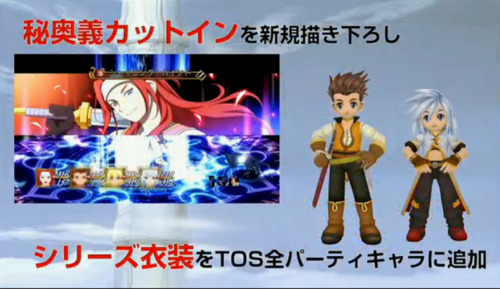 We got dem HD Mystic Arte cutins.
We got dem remixed openings from the original version.
We got dem cameo costumes from tales of the abyss.
We gots release date ALREADY. 10/10/2013/ Get it? Its been ten years since symphonia was released.


FIX THE CAMERA FOR MULTIPLAYER IN ONE OR GOD HELP ME ILL SHOOT ACID FROM MY EYEBALLS.

ITS FUCKING 6AM AND IM MOVING IN 3 HOURS WHY THE HELL DID TALES FES HAVE TO HAPPEN TODAY. ARGH.

Aw yea, retail and everything! verr good.
I thought they denied this shit just a couple of days ago. I was very glad when it turned out to be actually happening!

Of course, I don't really care unless its americas at some point. But if it does amercias, I'm so there.

No way they wouldn't fix the camera! Isn't that the whole point of the remake? IT SHOULD BE.

Characters from an older game retroactively getting outfits from a newer one is somehow very funny to me.
Also I like how Genis gets the protagonist's outfit.


Also, for those of you whom are like me, it is confirmed that it's coming to the west in 2014. Which I am more than happy to be patient and wait. After all, it'll give me time to play Xillia, before I drop everything in my life to play Symphonia again.

Oho thx u for the confirm. Can't wait. 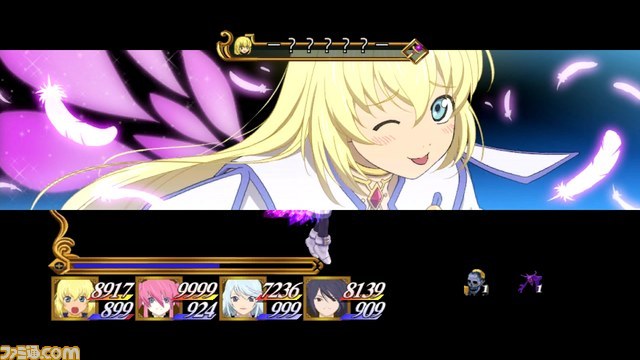 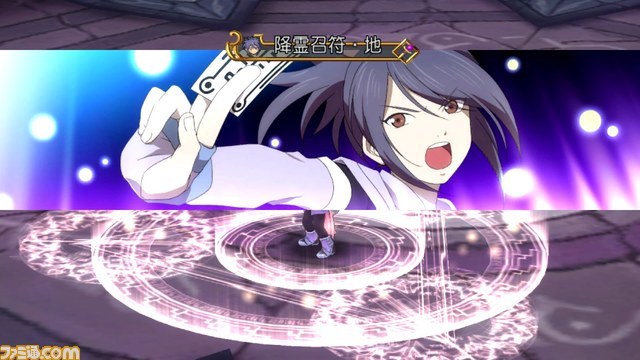