I thought since I'm absolutely LOVING this manga, I should refer you all to it. It's nice story about a regular(otaku) boy who meets a girl with multiple personalities. She was adopted by 3 men at a young age who taught her 3 different fighting styles so she could protect herself, but she's unknowingly sealed all of it up, causing her to have different personalities with different fighting abilities. It's hard to explain, but it's really good.

It's like a mix of ecchi(+++), fighting(++), and romance/shojo(++). Has a lot of comedy, but also some serious parts. Also, it's one of the few manga I've seen... No, probably the ONLY manga I've seen where girls are on equal fighting levels with boys AND is somewhat realistic. I mean, come on. If a guy is slicing you with a sword, there's no way that your clothing is going to be conveniently cut so that your chest is barely covered. This manga changes that.
Also, this is where Kamen Raider is from.
Here's the link.
_________________ 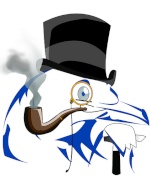 also that's not where kamen rider is originally from since there is more kamen rider series than this, but me and the david we know who play video games with us like this manga a lot and have been reading it for a while. I also do recommend this to anyone who is bored and wants something to do.
_________________

Got to chapter 17 last night. Loving it. Anyone who either likes ecchi, or action (it can just be one of the two) then read it. If you like both, then jackpot.

Yea Kamen Raider has his own series but the guy in this is my fucking hero.

what chapter you on james? sadly im caught up (chapter 48) it has irregular updates, but it updated twice in november, so we may see an update in december or january hopefully
_________________

Personally Hibiki and Fujino are my favorites, although I do like them all...

Spoiler:
even Zero at times.

I think Hibiki and Fujiko are my favorites. I finished the current series the other day. And I'm glad that the new chapter arrived as quick as it did from when I first read it.
_________________ 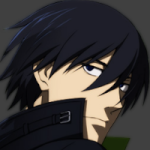 I will agree. It is fairly odd.

Hehe I like this manga, though its been awhile since I actually read manga at all.

The good thing is, that this is the first chapter in another novel, so the wait between chapters should be less than the last one.