I figured as much, it was way too close to Xillia's release to have a new mothership title already

I absolutely LOVE. and I mean LOVE the main character's design! (Characters are designed by Daigo Okumura) 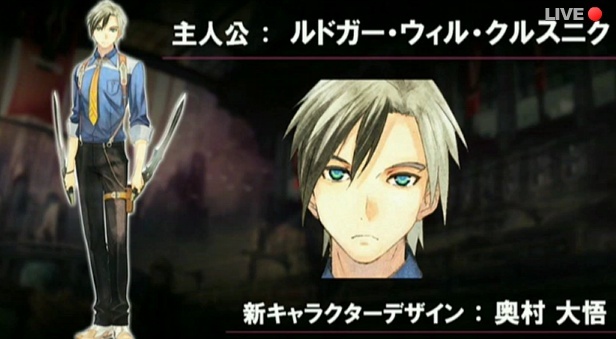 Voiced by Takashi Kondo (Hibari from Reborn, Train from BlackCat, Ken from Seitokai no Ichizon)

Hnnnnnnnggggggggh I mean:
Elle Mel Martha. Shes 8 and accompanied by a cat named Lulu (which I think is Ludgers). Currently unknown if she's playable but if she is she'll mark the youngest playable tales character to date. Voiced by Mariya Ise (Ringo from Air Gear, Usami from Mayo Chiki,Stocking from Panty&Stocking)

And Ufotable is handling the animated custscenes again! Quality confirmed!

Its timed too. In the above screenshot Ludger and Elle are being shot at on a train and the choices are fight back (empty handed mind you) or surrender. It will change how the story is played out, hopefully you cant get bad/dead ends D:

This game will implement a weapon shift battle system. In battle Ludger can shift between Dual swords, Akimbo style dual pistols, and a hammer.


And of freaking course it has the same LE's as Xillia 1 (PS3 bundle, KyunChara Pack and Famitsu DX Pack) because they didn't get enough money outta me. I NEED a Kyun Chara pack if it comes with cute nendroids again!!! And Elle Nendroid!? *squeeeeee*
_________________

The male protagonist looks like a pretty cool guy, the swag is strong with that one.
_________________
I'm a super high school level dangan ronpa fanboy

You know I just noticed this but I wonder who that other person is in the logo, the one opposite to Ludger, I wonder if it'll be another Asch and Luke thing again, that would be an interesting concept since they did say this is supposed to have a more futuristic setting as a game of the Tales series and it really does. 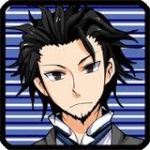 Oh well there goes that idea, though I still am hoping that they do make this game have legitamet branches in the story based on choices instead of like maybe losing out on an item or an art for screwing up one choice.

So yeah more screenshots and stuff. Stuff= voice samples,character bios and other things of that nature.

Edit: I lol-ed when I saw "Prorouge" also yeah you guys have fun deciphering this site I shall go do things that I can read. 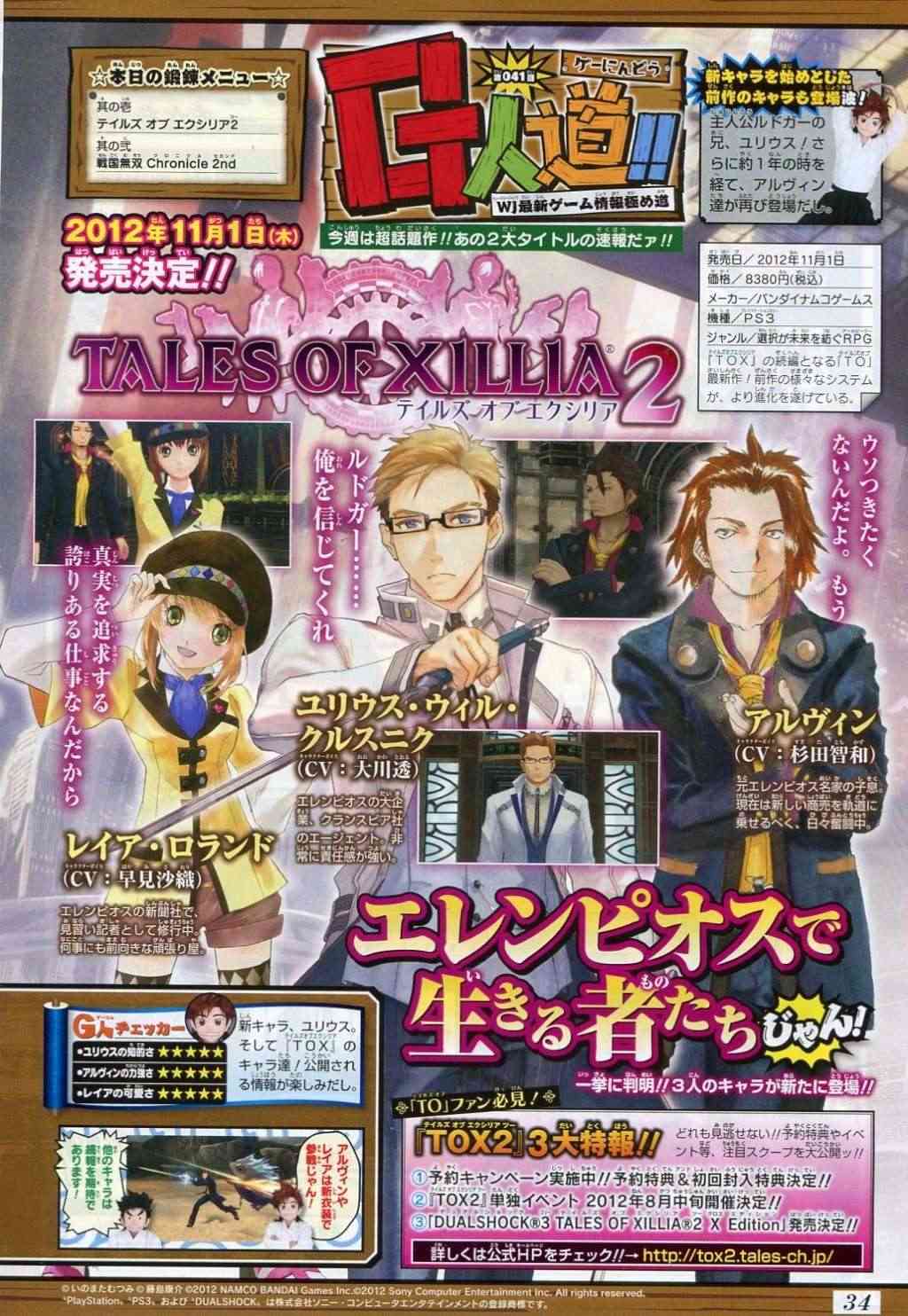 Julius' quote reads "Ludger.......please believe in me". He is an agent for the Clanpios organization and has a very strong sense of responsibility.

Leia's quote reads "I find the truth through my job, and I take pride in it!". She works as an apprentice reporter for a newspaper company in elempios (Hopefully we'll get a reason as to why she suddenly lives in Elempios, cause if she just world hops just to go to work thats the worst commute I could imagine)

according to her voice actress in an interview, she says that Leia and Jude act like a married couple, so Jude will be appearing at some point. (Now whether or not he wised up and got with Leia...........thats another story.)

Her outfit is cute as fuck btw. Wayyyy better than her xillia 1 outfit.


Alvin's quote is "I don't want to lie anymore" Holy shit looooooooooooolllllllllllllll He's starting a new business (and it looks like hes growing a beard?)

I think alvin is checking Leia's butt out or something.

New Character: Nova (unknown if she is playable)

She's the girl in the trailer who collapses and that has different-colored bangs. She used to be Julius's classmate, and she currently works at one of the banks being run by Clanspia Company She seemed to be chasing after Julius in the past. She also seems related to Ludger's sudden debt problem.

Nova is voiced by Satomi Sato (Ritsu from K-on, Wendy Marvel from Fairy Tale and Female Descender in the Radiant Mythology series)

Julius Will Kresnik (VA: Toru Okawa: Spirit from Soul Eater, Daris from Tales of Destiny, Ieyasu from Sengoku Basara)
Age: 28 Years old
Height: 180cm
- The man shown in the PV with a good physique and wearing glasses. He currently works as an agent under Clanspia's special combat department. Though he takes care with a good sense of responsibility, he's a little bit of a nagger towards his little brother. He'll eat practically anything Ludger cooks with delight, especially anything with tomatoes, which are his favorite. When in a good mood, he usually hums the lullaby he used to sing to Ludger when he was a kid. On Ludger's supposed first day at work, Julius was nowhere to be found for some reason. The term "agent" is usually given to the elite of Clanspia's employees, and while Ludger doesn't know where his brother is, this is the time when the debts started racking up. Julius seems to be a bit attached to his little brother, with screenshots showing him patting Ludger's head and putting his necktie for him.

Leia (VA: Saori Hayami)
- She resigned from being a nurse and went all the way to Elenpios to find herself and contemplate on what to do in her life. She currently works for a minor newspaper company, and though she produces good results, she's too impatient with it. She's become more adult-like, especially in terms of clothing.

Alvin (VA: Tomokazu Sugita)
- The son of a distinguished family in Elenpios, though he has a past of being a for-hire mercenary spy for a terrorist organization. He's currently struggling in a business he's running together with his business partner Jürgens (Yurugensu, ユルゲンス, romanization not yet official). Though he's no longer two-faced like he was in the past, he's still trying to break the barrier and wants to form better relationships with others. There are some screenshots of him, Leia and Ludger talking about what seems to be some business together.
_________________

the effect is sorta lost when the links are broken.