This is worse than when they went through the seven deadly sins, and ended up spending 7 chapters on 'The sloth' because they had terrible planning.
_________________

I forget, did those chapters actually have anything to do with the seven sins?

Well, they kinda fit the theme of what was going on in the chapter. Kinda. I think. Probably not.

Mufasa wrote:Well, now that Ichigo has subdued the Hollow, Zangetsu is back in charge. Or some stupid reason like that.

Apparently it was about whose power Ichigo relied on more. And considering how he's been bustin' out his mask every fight I'm pretty sure the Hollow should be in charge.

of course not. this is bleach. NOTHING GETS ADRESSED.

Also, Ganju, Unohana, Nanao, that vice Captain of 1st squad who apparently had no reaction to his commander dying.

Also, you'd think that Soul Society would have SOME kind of defense planned for Karakura in case they all failed and died. Or do they not care about it if they're already dead, like it doesn't matter what happens cause it doesn't concern them? I would like to think that they have a bit more common sense than that.

Then again, I don't think it's their fault, so much as it's Kubo's fault for being so fucking awful at writing an intelligent and well constructed plot.

If they pull the same shit with Yammy/Kenpachi/Byakuya, as they did with Wonderwiess and Kensei, I'll be fucking pissed. All we saw was Kensei go Bankai. No mask, no abilities, but we're supposed to assume that he got his ass kicked. Or died. No explanation.

Maybe he realized how much shit was going down and just abandoned the whole mess to go to Soul Society to protect Karakura town there, since he knew the battle there was lost, and he could have some time to plan a strategy or something.

Kubo is either one stupid motherfucker who is forgetting everything, or planning on fucking with us intentionally so that, later, the 1% of his readers left around, will be all "HOLY SHIT HE ACTUALLY--" when he does it all right. 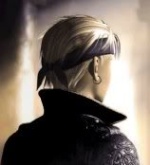 Now don't get me wrong, I love manga. And Bleach/Naruto used to be what the shonen battle genre was all about. But this shit needs to stop. Unfortunately Jump makes its money by suckering little kids out of their pocket change, so it'll never stop. Bleach is so embedded due to the flashy early chapter's and good fictional universe, that the publishers would never kick out their meal ticket for crappy writing. To be honest all I'm going on is a few wiki's and Bakuman, but they give this guy a week to dish out something that'll hold the intrest of 10 yr olds, so yeah his already weak writing gets worse and worse. The really good series take time, but they end up w/out an immediate fan base because kids are impatient. Hell I'm impatient. (where the fuck is soul eater 75?!) That's one of the reasons I think One piece is rank 3 even though Oda's obviously better. He takes more breaks I believe, but his writing is better for it. However his is a privilege of already well established writers. D. Gray man almost died when its author got sick. (speaking of which where are the new chaps for that too?)
Maybe I don't know what I'm talking about, but most of the really good stories are in monthly mags, but those are the ones with a more specific fanbase.
Not only does your author have to not suck, he's gotta have time to carefully continue the story, not bust out some continuity damaging plot twist to keep ratings up.
_________________

Yea. Its kinda dumb that this is still rank 2. Reborn is rank 8 and its tons better than Bleach. Besides the whole Byakuran fight but hey i'll give the author that one hicup. But the rest is completely done well and unique. Bleach is just turning into a 20 day old pile of dog crap sitting out in the summer sun in mexico
_________________

Lampo wrote: That's one of the reasons I think One piece is rank 3 even though Oda's obviously better.

Woah woah woah, when was One Piece EVER ranked below...pretty much anything?

It's the highest selling manga of pretty much all time, =\

Giotto wrote:Yea. Its kinda dumb that this is still rank 2. Reborn is rank 8 and its tons better than Bleach. Besides the whole Byakuran fight but hey i'll give the author that one hicup. But the rest is completely done well and unique. Bleach is just turning into a 20 day old pile of dog crap sitting out in the summer sun in mexico

Honestly the only thing that really pissed me off was this True Getsuga Tensho shit...but boy did that piss me off...

I mean seriously, THAT is how you're gonna end this shit Kubo?

No exploiting his secret weakness, no busting his balls with pure heroic resolve.

Yeaaaaaaaah. Not to metnion, LEAVING FIGHTS HANGING FOR SO MANY MONTHS THAT WE HAVE NO FUCKING CLUE WHATS GOING ON.

ANOTHER thing that Reborn does better. They dont have like, 5 different fights going on at the same time. Yeah, we're seeing different things, but when you have to split an 18-24 page chapter between 3 or 4 fights, we get a good 3 months of the same fights, untill they FINALLY end. And by that point, it just feels like it dragged on forever, whereas Reborn has one fight going on, and will show about 3-4 pages of a side event happening. In doing that, those 3-4 pages are used to set up other fights, while the current one ends in a good 3 to 4 chapters. Thats much better pacing to me.

I love how when Kubo Tite suddenly does something interesting he pulls one of these.

"A NEW PERSON HAS APPEARED! FRIEND OR FOE?! FIND OUT NEXT WEEK YOU LOSERS!!!"

It's obviously a FRIEND. Cause if it was a foe, then what the fuck would they do then? They got Aizen, Gin, and a new guy, and the only opposition is Kiego's high running abilities. What do you EXPECT to happen? Gin could just flash step on the same block as Kiego and stab him from 5 miles away in the face.

As for WHO it might be, it's probably an ally, and probably someone much lamer than we're all hoping it would be. I can see it now, everyone expecting it to be Uryuu's dad, and then it turns out to be fucking Ganju.

....Actually, it would be pretty fucking sweet if it was Uryuu's dad.

Even if she miraculously manages to convince Gin to 'DECIDE!!!!!!!!!' What she gonna do to Aizen? Bleed on him?

True. But I don't see how ANY of this has to do with why Zangetsu doesn't want Ichigo to learn the final getsuga tenshou.

Also, apparently Aizen KNOWS about the final Getsuga Tenshou, KNOWS that Ichigo is training to try and learn how to do it, and thus probably KNOWS that it stands no chance against him, and probably KNOWS how best to counter it.

Also, it probably isn't Ryuuken. It's probably Mizuro (Or whatever) who walks up, feeling the oppression of Aizen's Reiatsu and says: "I WON'T LET YOU HURT MY FRIENDS!!! CAUSE JUST LIKE EVERY OTHER CHARACTER IN THIS SERIES, I'M A BLEEDING HEART THAT WON'T DO THE PRACTICAL MOST LOGICAL THING OF RUNNING AWAY, HAVING MY FRIEND TAKE ONE FOR THE TEAM, WHILE I GO TO THE GUN STORE TO GET A GUN TO BLOW OFF YOUR NADS!!"

Then Aizen goes: "lol. whu?" beats the shit out of Mizuro, THEN Ryuuken shows up at the end of the chapter saying: "I don't have friends to fight for. So I'm gonna slap you silly bitch."

Hmm... just based on this chapter, Bleach might possibly have some potential left. Mainly because I won't deny that Kubo is an incredible writer, for the most part. He might really surprise us all in some way.

I was wondering when he was gonna show himself again, also I'm pretty sure that didn't look like pants from a suit when I looked back a chapter
_________________