"Got it." Johnny said as he pulled a white box from his shirt pocket. "Rain." he said as it turned blue. "Libellula di pioggia." he said as dragonflies came out of the box. "The dragonfly flaps its wings at incredible speeds. The vibrations will send out invisible rain waves within a 300 meter radius. Meaning either they can wait till their organs shut down and die, or the real twins have to show themselves."
_________________

"You should have melted their faces off!" Fiorella whines at Johnny.

The clones begin fade, however it eventually becomes apparent that they are disappearing too quickly. Eventually all the clones are gone and no one is left.
_________________

*gets off his lion*

i suppose you're right

*returns the demon to its container*

"Alrighty. Well at this point they already know we're here. So lets just fuck em up." Johnny said excited. "Im sure you can comprehend such a simple plan missy?" he said taunting Ella
_________________

Bang! A bullet from a rifle grazes Ella's cheek. One of the brother's is up on the roof.

"Huh?.... Waaaaaaaaaah!" Ella begins to cry and she opens her box weapon. A bunch of vines knock the group back away from her.

Indeed. You cant fool my demons with your silly illusions...

*summons his succubus and ninja demon*

"Hyup." Virgil jumped to his feet and turned to his opponent, taking a moment to dust himself off, "Targeting a little girl first? I must say your etiquette leaves much to be desired."
_________________

The man thinks hes seen enough to know that this place is not where he should be, so he takes his leave but notes the people hes seen. His earring once again shines as he leaves.
_________________

Ella's vines grab the brother on the ground and begin to smash him about.

"Fuck! Imma squeeze you until you pop you misrecant!"

The brother on the roof tries futilely to scurry away from the demons and is quickly caught. It seems their physical abilities are lacking once their illusions have been foiled.
_________________

Soto: WHAT THE HELL? That repairman tried to kill me! I told you theyre out to get me. DO YOUR FUCKING JOBS!

Johnny pulls out a short blade from his jacket and cuts Ella's vines. "Now now, we don't want to clean up too." he said kneeling over the battered brother.

"I see. Well I could offer to spare you in exchange for all of your rings and box weapons-" Johnny started.

"You didn't let me finish. "I could spare you, but thats not what the mission says to do. After all, I can just as easily take them from your corpse. Don't worry." he said pulling out a pen. "This will just hurt a little." he said as he stabbed him in the arm. "Im feeling generous. Normally i'd puncture the heart and kill you instantly by melting it. But i'll just put you to sleep slowly. If you have any regrets and such, sort them out within the 30 seconds you have left........" Johnny said with a dark tone as he directly injected rain flames into the man's body. "Oh and before you die." he said opening the man's uniform. "Your death will not be in vain, as it will further technology for my family. Rest in peace."

"mr. soto, the repairman is gone. and you are to sit right there whilst the lady and I here will protect you."

"As you wish," Virgil said with a slight bow before facing the other brother, "Well now. I'm sure you'd like to have your revenge, but I'm afraid I'm under orders to dispatch you. But fear not, I shall be much kinder than my partner here." Virgil's body began to disappate into Mist Flames as his voice faded, "I won't even give you a moment of false hope."

"Where did he-hrg!" the brother's words were cut short as he felt a sharp pain across in his neck. He turned to see a bat biting down at his throat and Virgil reforming behind him, tipping his hat with a smile. "I thank you for not harming my bats. They're quite precious to me. And after all the work I've put them through scanning your base they're quite hungry."

I...I can't move. Why can't I move. The brother's eye's grew wide in fear as he attempted to free himself but to no avail.

"I'd advise against trying to escape," Virgil warned conjuring an indigo box, which he recalled the bat into, "Once you're bitten by its fangs all of your senses are surrendered too me. But of course, any illusionist could have figured that out." Virgil held out his arms and a swarm of locusts poured out of his sleeves as rats crawled out from his pant legs. "Now then, I'm afraid this is good bye." he said still keeping his serene smile as the pests enveloped the other illusionist, his muffled screams getting quieter and quieter.
_________________

"Oh? I always think it's kinder to let your opponents know they have no chance to survive. I find it much crueler to let them get their hopes up." Virgil walked over to the illusionist's corpse and began to rifle through hid clothing. "So far just the usual: Some spare rings, a box that I assume housed their weaponry. I suppose that-Oh." He pulled a folded up piece of paper out from the corpse's coat. "I do believe this might be worth something. Take a look." He handed to paper to Johnny.
_________________ 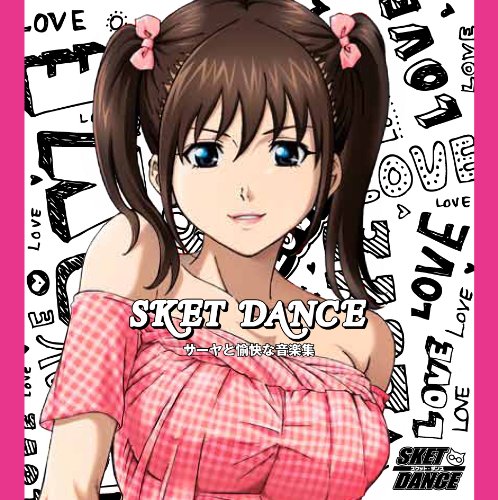 Soto: Just get to it.
*pulls up his pants*
I'm gonna make a hot pocket or something
*opens the window*

"Not fair! Not fair!" Ella pouts "Every time there's a mission the grown-ups won't let me kill anyone even if I catch 'em first! Stupid! Idiot! Fool! I'm an assassin too you know!"

The letter contains information on the weaponized Mammon chain blue prints. It appears that the blue prints have already been discovered and are set for manufacturing at another location.

Crynius has tracked the stolen shipment to a secluded factory on a riverbank. The factory is equipped for large amounts of metal work as well as firearms assembly. There are forges with molten metal and conveyer belts with workers assembling what appear to be hand cannons. On the far side of the factory behind large glass panes is an office with computers and a safe. It has become apparent that the Mammon chain blueprints have been discovered and manufacturing is under way.

MISSION OBJECTIVES HAVE BEEN CHANGED:
Destroy the factory and eliminate all witnesses. Recover or destroy any copies of the blueprints. Mission raised to rank A. Back-up is strongly suggested.